Wilderness Wealth / Satisfied  / What Type of Camper are You? 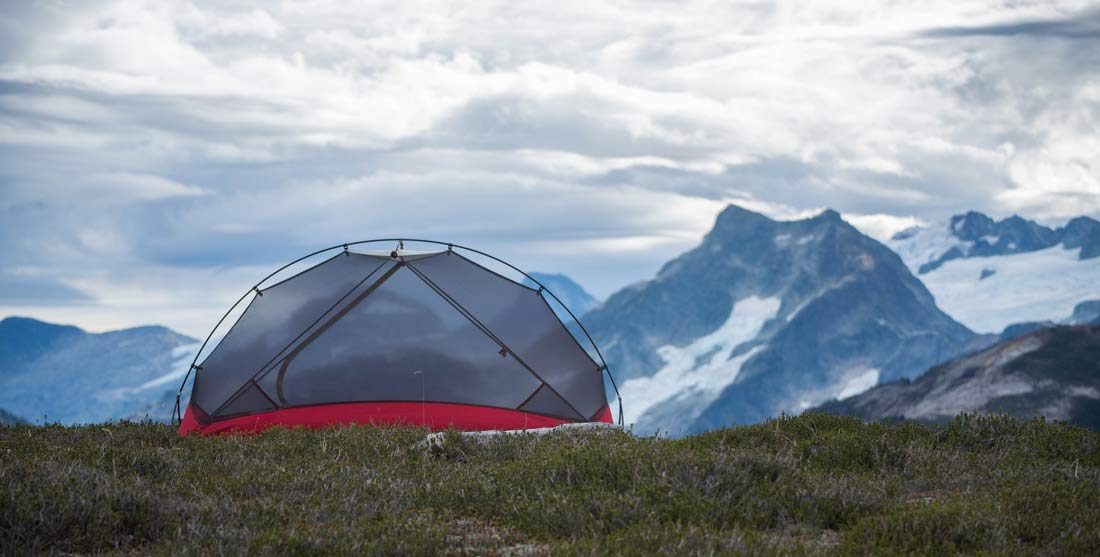 What Type of Camper are You?

Imagine you’re packing for an upcoming sojourn in the woods. You’ve laid out all your wilderness gear, starting with your 10 Essentials. What you decide to bring as a camper tells a fascinating story about how you see the world.

Glamper Greg
Greg doesn’t see why there should be any difference between a night outside and the great indoors. Creature comforts like an over-sized tent, cozy camp chairs for unwinding with a nice Pinot Noir, and a Bluetooth speaker to set the mood – not to mention fresh eggs and bacon on a cast iron skillet for breakfast.

Greg is living the good life – he has everything he could ever want.

Simple Sarah
Sarah keeps her life simple, which includes her gear. Eschewing a tent, she favors a tarp staked over a trekking pole. Her ground pad is cut down to the bare minimum length and width. She measures out her exact caloric needs and the corresponding snacks – warm food takes fuel, which means lost time cooking and extra weight. Her pack is custom-made from the latest ultralight material and looks far cheaper than it actually is.

Sarah is living the good life – she has everything she needs.

Nodding to each other at the trail head on a brilliant autumn morning, both scoff at each other’s choices.

“She must be out for a short stroll with only a day pack,” grouses Greg.

Each departs in opposite directions on the 12 mile loop.

Glamper Greg settles in to a steady pace on the way to his first stop at a lake four miles in. After the first half mile, he’s overheated and sore from his overloaded pack, but a 30 minute snack and water break refills his energy. He can’t wait to arrive at camp after lunch and settle in for the evening.

Simple Sarah effortlessly bounds over the terrain with her ultralight load. She makes great time and decides to push on past her initial goal of the pass at mile six, instead opting to reach the same lake as Greg at mile eight of her loop. Storm clouds are rolling in from the horizon as she crests the pass and a chilling breeze encourages her to put on all her layers. It’s colder than she anticipated. Is that rain in the distance…or snow?

Greg arrives at the scenic lake shore just as Sarah comes around the other bend with a swirl of snowflakes in her wake. He’s on his last ounce of energy. What was supposed to be early afternoon is now dusk and he has been silently cursing the heavy cast iron pan in his pack for the last mile as he trudged upward on the never-ending trail.

Sarah burned more calories than she expected and is down to a handful of trail mix for the night. Her tarp shelter is quickly assaulted on all sides by the blowing snow. It’s cold. “Some hot chocolate would be amazing right now”, she forlornly fantasizes.

Greg can’t manage the flapping tent material by himself in the wind. At a risk to his pride, Greg asks Sarah if she would help set up his tent in exchange for some dinner. She quickly agrees and soon a hearty feast is simmering on the stove. Compared to her remaining nuts and M&Ms, she’s never had backcountry cuisine taste so heavenly. Greg is blown away to learn that she hiked in one day what he was planning to do in three.

The next morning, with five inches of fluffy snow on the trail, both agree to hike the four miles back to the trail head together and share the load with a newfound appreciation for the other’s style of camping.

By keeping her gear to a minimum, Sarah was able to hike twice as far as Greg, but also wasn’t ready to handle the unforeseen blizzard. Greg was much slower with gear for every scenario and didn’t get to finish his intended loop before turning around.

So which camper was right?

There’s a parallel with planning for retirement. You might be familiar with the concept of FIRE (financial independence, retire early). By saving a high percentage of income and growing passive income streams, it is very possible to quit the rat race and create your own path.

Sarah’s ultralight backpacking is similar to the leanFIRE approach of keeping weight (expenses) as low as possible in order to hike faster (retire earlier). Greg’s glamping approach is comfortable, but it will take you longer to get where you want to go, if you get there at all. Consider this as the traditional approach to retirement. Save 10-15% of your income each year and work until you’re 65.

Neither approach is better than the other. Know what trade-offs you’re making and if those are aligned with your values and goals.

Could some people benefit from cutting their cable bills and switching to an antenna and a streaming service while saving the difference? Absolutely.

Could some people benefit from knowing that equity markets run in cycles and the last ten years of returns are unlikely to look like the next ten when making financial independence projections? 100%.

While we lean towards keeping our packs light and the “retire sooner” camp, we’re also not looking to be caught unprepared in a storm. What do your pack and financial plan say about you?